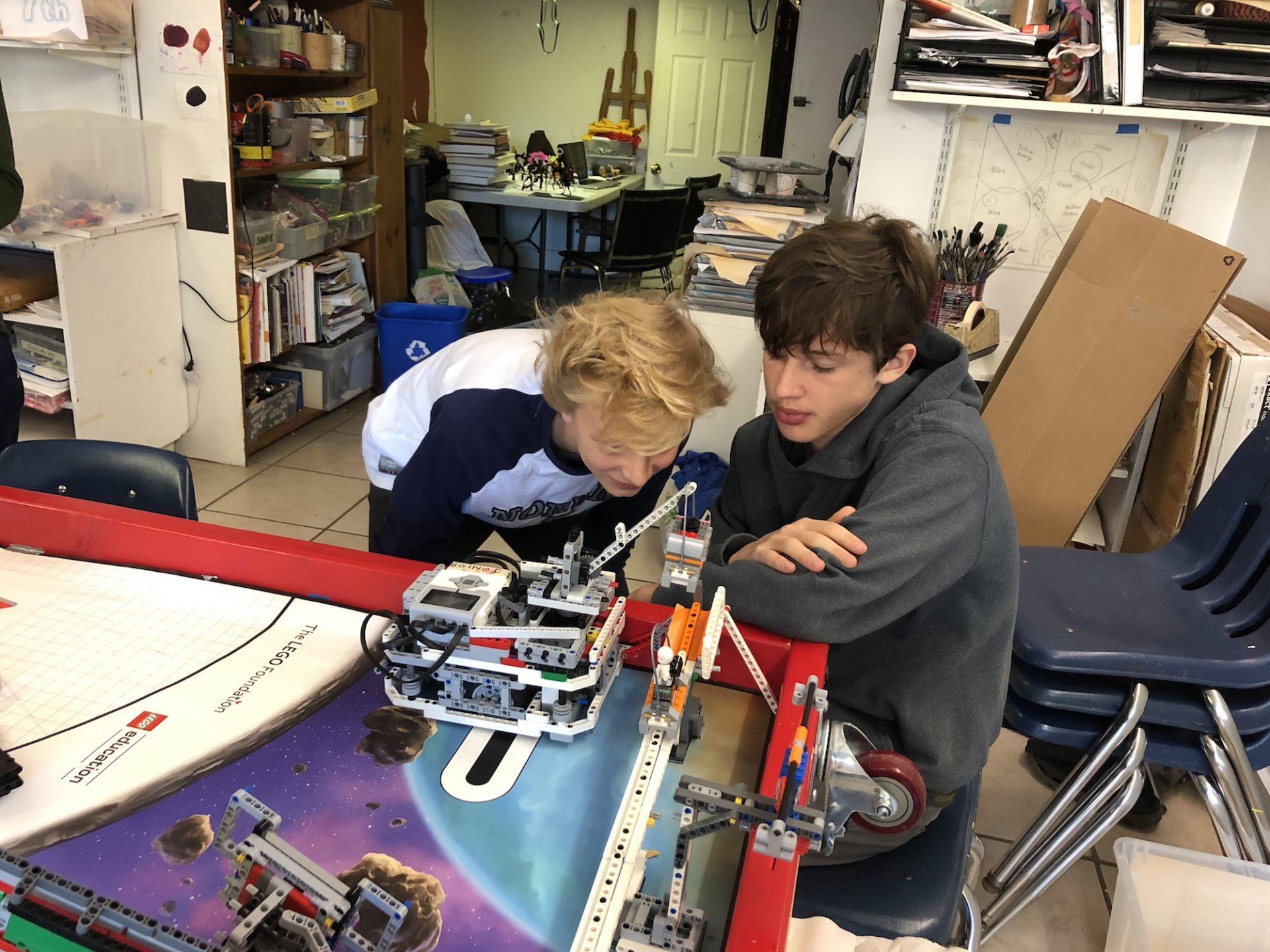 Our robotics team, the Cobots, was founded in 2011 and has participated in the FIRST Lego League robotics season every year since.  After winning the Spirit Award at the Clifton Qualifying Tournament the first year, the team has accumulated several awards locally including a Judges’ Award, a Champions’ Award, a Science Project Award, and 1st place award for Robot Performance. Each year the team proceeds to the State Championship and has received the Science Presentation award at the state level.

What does the team do?

The most visible component is the building and programming of an autonomous robot which competes on a game board during a tournament each November. A second component is an invention project which requires the team to propose an original solution to a real world problem.  The third component is for the Cobots to practice managing themselves as a team during the robot building and the science project. The team meets twice weekly from September through November and any Co-op 6th, 7th, and 8th grader is welcome to join! Parents can email coach Dawne Weaver at dawnew@montclaircoop.org with any questions about the Cobots.